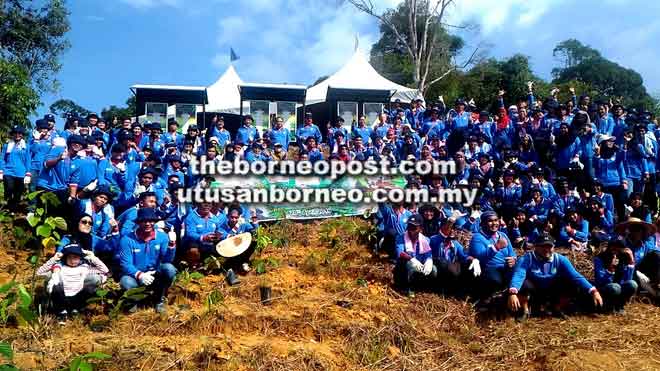 BINTULU, 20th Apr – Today, UPM and Mitsubishi Corporation are having their 28th tree planting ceremony in UPM Bintulu Sarawak Campus. Over 300 participants from Mitsubishi Corporation, Japan, local governments, private sectors, university staff and students gathered together to show efforts in recreating the tropical rainforest. This is to instil the awareness on the importance of protecting our environment and forest.

3000 seedlings from local species (such as Kapor, Engkabang Jantong, Rambutan, Pulasan, Durian, Engkala, Kepayang and Dabai) will be planted in today’s event. Since 1991, a total of 517,100 seedlings have been planted. This forest rehabilitation project is headed by Prof. Dato’ Dr Nik Muhamad Majid. The planting method used is the Miyawaki Method.

In the opening speech by Prof. Dr. M. Iqbal Saripan, UPM Deputy Vice Chancellor (Academic and International) the long term collaboration since 1991 between UPM and Mitsubishi Corporation reflects our enthusiasm and commitment in forest restoration and environmental issues.

Mitsubishi Corporation was represented by Mr Michael Lagowski, Team Leader Corporate Sustainability & CSR Department,. In his speech, he reiterated that Mitsubishi Corporation is serious and committed in restoring degraded tropical rainforest in this region. This is reflected in the 28 years of involvement in tree planting at UPMKB. This is also part of the company’s efforts towards creating a low carbon society.

28 years ago, Universiti Putra Malaysia (formerly known as Universiti Pertanian Malaysia), signed an agreement with Yokohama National University (YNU) with sponsorship from Mitsubishi Corporation. The agreement is to rehabilitate a degraded area into a man-made tropical rainforest through replanting a mixture of indigenous trees species of Borneo.

As of today, the project is led by Prof. Dato' Dr. Nik Muhamad Majid on behalf of UPM and Prof. Dr. Akira Miyawaki with sponsorship from Mitsubishi Corporation. Dr. Miyawaki is a Professor Emeritus at Yokohama National University and he was also awarded with an Honorary Doctorate for his contribution to forestry and UPM at UPM’s convocation in 2008.

The fundamental basis of the project is based on the success of restoration of native forest land in Japan and results of some field surveys conducted in the different forest of South East Asia countries since 1978. The scientific basis for the success of the project is based on the concept of vegetation association, introduced by Dr. Miyawaki and the concept of accelerating natural regeneration introduced by Prof. Dato' Dr. Nik Muhamad Majid from UPM.

Since 1991, at least half a million tree seedlings from 130 local species of Sarawak have been planted. The area has now become a mature ecosystem. This is an excellent example of highly successful forest rehabilitation project on degraded area.  In addition, a tree-planting ceremony is held every year involving staff from UPM and Mitsubishi Corporation as well as local residents. In 2008, 27 hectares of planting area in the UPM Serdang, Selangor was established. To date, at least 25,000 seedlings have been planted in the area.

This project has contributed to UPM being ranked 32nd in the world in 2018 in the Green Metric World University Ranking for promoting sustainability through environmental conservation and green technology. In addition, the project has been accredited by the Food and Agriculture Organization of the United Nations (FAO) in 2014 through a book entitled “Genetic considerations in ecosystem restoration using native tree species” which published information regarding this project.

Through the project, many research projects have been conducted not only by the scientists from Japan, but also UPM students (both graduate and undergraduate) as well as UPM’s lecturers (from both the Bintulu and Serdang campuses). Among of these research projects are the carbon storage in forest and soil, growth and volume of trees, termite assemblages study, wildlife and flora study.

ACAP (Asia Center for Air Pollution Research), based in Niigata, Japan has established a research site in UPM Bintulu Sarawak Campus. This station is one of the research stations in the Asia Pacific area aimed at monitoring the effects of acid rain and air pollution on land and on the ecosystem. Among the research projects are the sulfur dynamics in the rehabilitated forest ecosystem and effects of acid rain on the tropical tree species.

Overall, this project is also a platform to instil environmental awareness among the general public. Over the past 28 years, the project has involved at least 30,000 participants in the annual tree planting ceremonies. This has been widely covered by both local and international media including National Geographic Channel. This platform also provided experts and scientists to develop and share forest rehabilitation issues, challenges and solutions. Two international conferences organized in 1991 and 2011 to discuss research findings from this project and sharing other related projects. 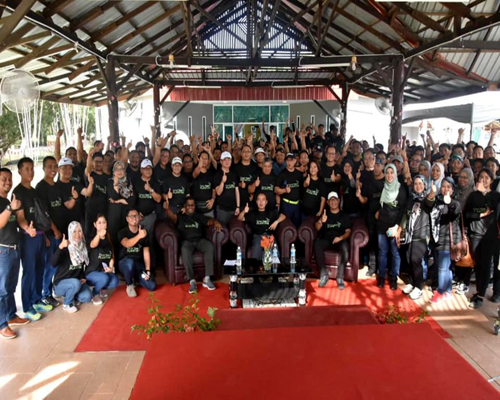 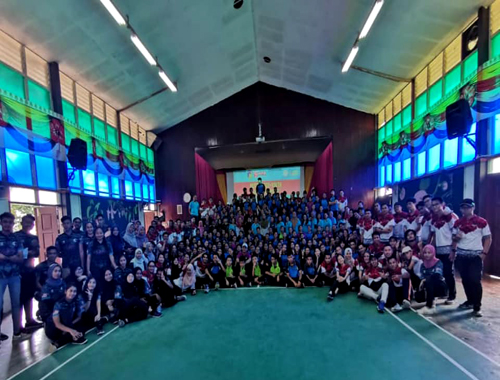