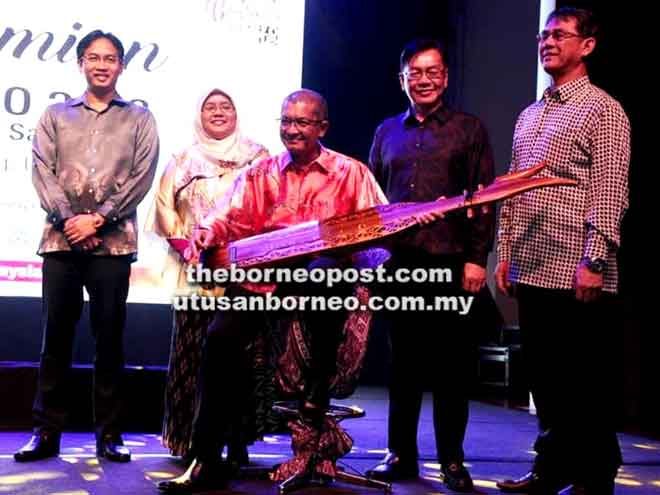 According to Albert Einstein's College of Medicine study in New York City, dancing can reduce the problem of dementia by 76 percent and neurologist Dr. Robert Katzman confirmed that by performing dancing activities it can help increase one's intelligence.

He said most studies that have been done on continuous physical activity such as dance that took 30 to 45 minutes for three to five days a week could have a positive effect on obesity, cardiovascular fitness, blood pressure, depression, anxiety, psychology and academic performance.

Looking at the situation, he said, the arts and cultural activities at UPM play an important role not only to shape the character and identity of the students as well as to further enrich the culture of the nation's arts in this country.

He said this in his speech at the Opening Ceremony of the 2018th Borneo Dance Festival 2018 at Dewan Sri Kenyalang Universiti Putra Malaysia Bintulu Campus (UPMKB) yesterday.

The dance festival is accompanied by a three-member delegation from 13 universities and institutes of higher learning from the Borneo Islands from Indonesia, Malaysia and Brunei Darussalam.

&ldquoThe diversity of cultures that come from every corner of the country creates cultural and artistic landscapes thus giving a deeper understanding of the culture of other countries and this can foster a high level of understanding and tolerance among students,” he said.

He said UPM culture clubs have always been active as a manifestation of arts for the campus community to highlight their talents as well as to help develop, to embrace heritage artistic arts and to help produce capable campus citizens in competitiveness in enhancing the development and quality of the arts.

According to him, the biennial event has begun since 2006 at the Universiti Teknologi Mara Sarawak Branch called the Borneo Institute of Higher Learning (IPT) Dance Festival and in 12 years it has become a prestigious international event that impacts universities around Borneo thus opening the space of cooperation and continuous friendship in various fields.

The festival is aimed at providing cultural and artistic entertainers amongst the university community, especially the Borneo archipelago to join the idea, exchange ideas, work through the arts of the nation, especially the dance, to continue to remain in the next generation and to become the symbol of the unity of the three nations that have an impact on the universities around Kalimantan, Brunei, Sabah and Sarawak.

“I hope it will open a new collaborative space in academic and other areas that can be extended in the future,” he said.

UPMKB Campus Director, Prof. Dr. Bujang Kim Huat said he was very impressed with the efforts taken by providing a platform to celebrate cultural diversity in dance art presented by students and students of higher learning institutions throughout Borneo.

He said it could create an international education hub in Borneo and create links to promote the diversity of its cultural traditions.

“IThis cultural integration can provide opportunities for the general public to recognize the richness of the universal culture, thereby supporting the preservation of the cultural heritage of the community since its time,” he said in a welcome speech at the event.

Along with the organizational objectives of the program, he hopes that it will provide opportunities for university-level cultural artists to join the Borneo archipelago, exchange ideas, creatively and further expand the nation's artistic culture to remain in the next generation.

In addition, he said the organization was also to foster friendship and to establish cooperation between Borneo universities and promote Sarawak as a rich tourism and tourism destination with various cultures and arts.

Also present were Head of UPMKB College Student and, Head of Student Affairs and Alumni, Dr Aryaty Alwie, who is also the advisor of the festival, Dean of the Faculty of Agriculture and Food Sciences (UPMKB) Assoc. Prof. Dr Shahrul Razid Sarbini, university and college Rectors, university representatives, universities and colleges and UPMKB management and head of department. 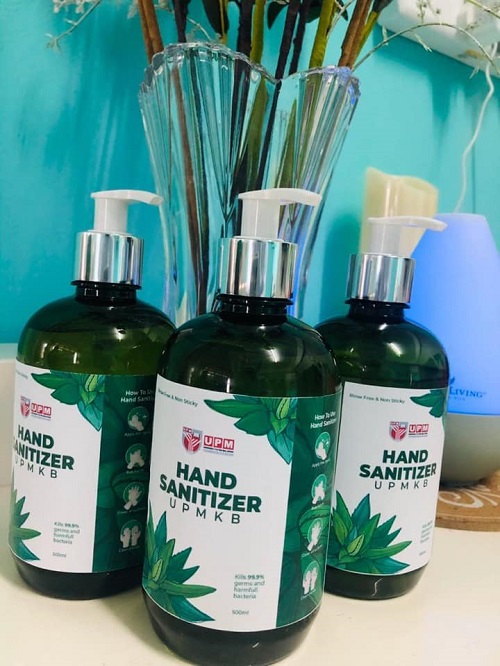