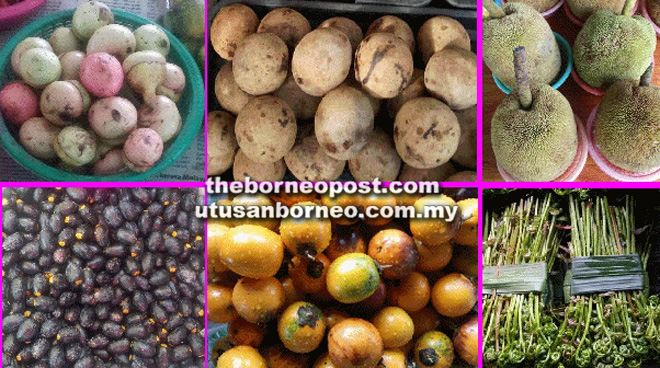 AS the largest region in Malaysia, Sarawak carries abundant biodiversity.

Located on the Island of Borneo, Sarawak has endemic flora and fauna that are different from other regions of the country.

Generally, indigenous plants can be defined as native plant species, originated from a particular region, or long introduced from other places through natural processes or human selections.

Indigenous plants have been exploited traditionally by various ethnic and indigenous peoples around the world.

It is believed hunter-gatherers were the first to recognise these plants — through trial and error — from their surroundings in the search of edible plants.

The knowledge on indigenous plants has been passed down via word of mouth through the generations by the elders, hence, enabling the local population to benefit tremendously from the use of such knowledge.

Native people, especially those living in the rural areas, are highly dependent on the forests for survival and their deep knowledge on derivable natural products stands them in good stead as a community of farmers and hunter-gatherers.

The local people include indigenous crops in their daily diet not only as source of nutrient, flavour and medicine as they also pluck them for the market to augment their income.

However, nowadays, indigenous crops remain largely under-utilised as sustenance for the general population. These local crops are commonly overlooked by so-called “developed” populations and regarded as low prestige food and nutritionally inferior.

Although some of these crops – midin, for example — are also available in some of the regions in Malaysia, it is highly consumed in Sarawak and has become a Sarawakian culinary specialty.

Some of these indigenous crops have been granted Geographical Indication (GI) as the original products of Sarawak by the Intellectual Property Corporation of Malaysia (MyIPO).

These include Terung Asam, Sarawak Dabai, Terap Sibuti and Daun Sabung Sibuti under the Department of Agriculture Sarawak.

Most of these indigenous crops are found growing wild in the forests although they are also planted in small orchards around the village areas for self-sufficiency of the dwellers.

If there is a surplus from daily use, these crops will be sold in the local market known as Tamu.

Less focus on commercial cultivation has resulted in indigenous crops being found only in small quantities.

In fact, nowadays, indigenous crops are less favoured by young people owing to the crops’ bitter taste and strong smell.

Some from the younger generation are not aware of the existence of these local plants while some even consider them as weeds.

Research and development initiatives are needed to address the problems of cultivating these fruits commercially to tap into their full economic potential.

In this context, priority should be given to potential studies on nutritional status, medicinal value, livestock feed, landscape, pulp production and fiber resources.

For example, a study by researchers at University Tun Hussein Onn Malaysia has shown that embang seed extracts can kill 90 per cent of the population of breast cancer cells within 72 hours.

In addition, a complete research on the genetic resources, growth, environment and agro- economics need to be considered for commercialisation of these crops.

The improvement and development of downstream products, initiated by the Department of Agriculture, Sarawak, to make terung asam and dabai as snacks, beverages and ice cream are also necessary for other indigenous crops such as terap.

Research on marketability of fresh produce and downstream products are needed as well to ensure the ability of these indigenous crops of Sarawak to penetrate international markets.

The theme is “Potential Indigenous Plants for Commercialisation.”

The conference aims to provide a platform for academics, scientists, industrial players, policy makers and the public to share knowledge on various aspects of indigenous crops.