A total of RM2.54 million was allocated by the Sarawak State Government for its establishment.

He said the Pehin Sri Adenan Satem Chair would be known as a cultural heritage and treasures collection hub for various ethnic groups in Sarawak and Borneo which might face abandonment or be forgotten if no in-depth research is done.

The establishment of the chair is a research joint venture between Universiti Putra Malaysia (UPM) and the Sarawak State Government through the Sarawak Ministry of Tourism, Arts and Culture.

He added that UPMKB’s expertise would greatly help the Sarawak Government's efforts to preserve the cultural and ethnic heritage of Borneo.

“The Sarawak Government hopes that with the founding of the Pehin Sri Adenan Satem Chair at UPM Bintulu Campus, the campus will continue to develop as a leading research centre for Borneo ethnic groups in Sarawak, with an emphasis on the cultural, linguistic and socio-economic elements.

“UPM Bintulu Campus's efforts to focus on Sarawak ethnic studies should be appreciated because we are moving towards better economic development. “Therefore, to support this noble effort, the Sarawak Government has agreed to establish the Pehin Sri Adenan Satem Chair in honour of the former chief minister who has been a great leader throughout his life, as well as an ardent supporter and fan of arts and cultural elements," he said.

He said so in his speech while officiating the 2nd International Conference on Social Sciences and Humanities 2021 (ICOSSH 2021) here. At the ceremony, Abang Johari also witnessed the exchange of the Memorandum of Understanding (MoU) between the Sarawak Ministry of Tourism, Arts and Culture and UPM to establish the Pehin Sri Adenan Satem Chair.

He added that a closer look at the indigenous population and tribes in the state can be divided into sub-tribes depending on their geographical location, such as the Dayak community, which is made up of the Dayak Laut (Iban), Sebuyau, Remun, Balau and Iban Undup; Malays who are classified as Brunei Malays and Sarawak Malays; while the Oya, Daro, Balingian makes up the Melanau community.

He explained that although the Sarawak Government is developing a digital economy, important aspects of the local culture must be preserved and promoted.

Thus, under the State Budget 2022, he said RM10 million has been allocated to establish a Heritage, Arts and Culture Facilitation Fund next year to increase tourism programmes and promotional activities in Sarawak.

"I sincerely hope that we can continue to have programmes that create opportunities and further strengthen efforts to establish academic and research collaborations between universities in Borneo and throughout the archipelago and enhance Borneo's reputation as an ecotourism destination by promoting Borneo's cultural heritage internationally," he said.

In ICOSSH21, Abang Johari said it could lead to the development of an international education hub in Borneo and build relationships to promote and nurture the diversity of cultural traditions of its community.

The two-day conference brings together participants from various backgrounds and countries such as Brunei, Indonesia and the Philippines. 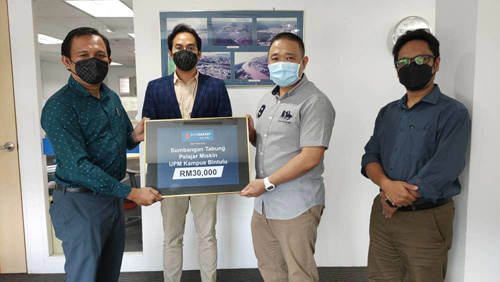 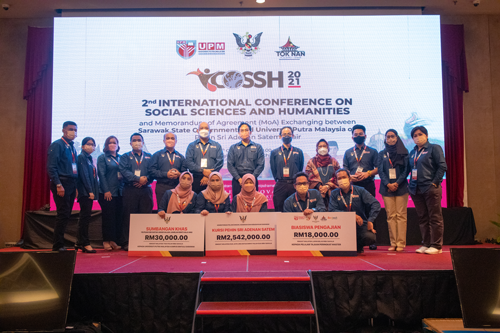