For competitive activities, this program has held three forms of competitions, namely their short video competition, lecture video creation competition and poster drawing competition. These three competitions are conducted online through the Tiktok application and Instagram and a total of 18 participants who participated comprised of UPMKB students and external communities. In the meantime, the winners for each competition have received prizes in the form of cash: RM50.00 (Champion), RM30.00 (Runner-up) and RM20.00 (Third) placings.

The program was further complemented by an online talk session using the Cisco Webex application which took place on the morning of October 24, first with the Harmonious Family Tips segment which was delivered by Mr. Muhammad Abdul Rahim Bin Habib, UPMKB Senior Psychology Officer while for the afternoon session, the talk continued with another segment titled Financial Problems; Spending Wisely which was delivered by Mr. Awang Horolni Bin Awang Putit, Regional Manager of Bank Simpanan Nasional, Sarawak. These talks have engaged a total of 137 participants, 112 of whom were UPMKB students and 25 participants were from external communities.

As a result of the cooperation of experienced speakers namely Mr. Muhammad Abdul Rahim Bin Habib who is the Senior Psychological Officer of UPMKB and Mr. Awang Horolni Bin Awang Putit, Regional Manager of Bank Simpanan Nasional, Sarawak, the talks conducted by them have not only provided knowledge but also a soothing effect on mental wellbeing on the part of the attendees. Also, it has built a more harmonious social environment among the communities. At the same time, the speakers also emphasised the value of love among family members to form individuals with a virtuous personality. Referring to feedback given by the participants involved, it was found that the Putra Devotion Program for World Mental Health Day # COVID19 2020 has had a positive impact and can help them in discovering the methods of dealing with mental problems in themselves.

According to the Facilitator who is also the program advisor, Mr. Mohammad Thaqif Tong, such a program has given exposure to the general public, mainly UPMKB students, the importance of mental wellbeing in their lives, especially in the current situation. With such programs, it can provide sufficient and accurate information in dealing with every problem encountered during this COVID-19 pandemic. According to him, online media is the best method to be used in the delivery of more effective and comprehensive information for this new norm situation. 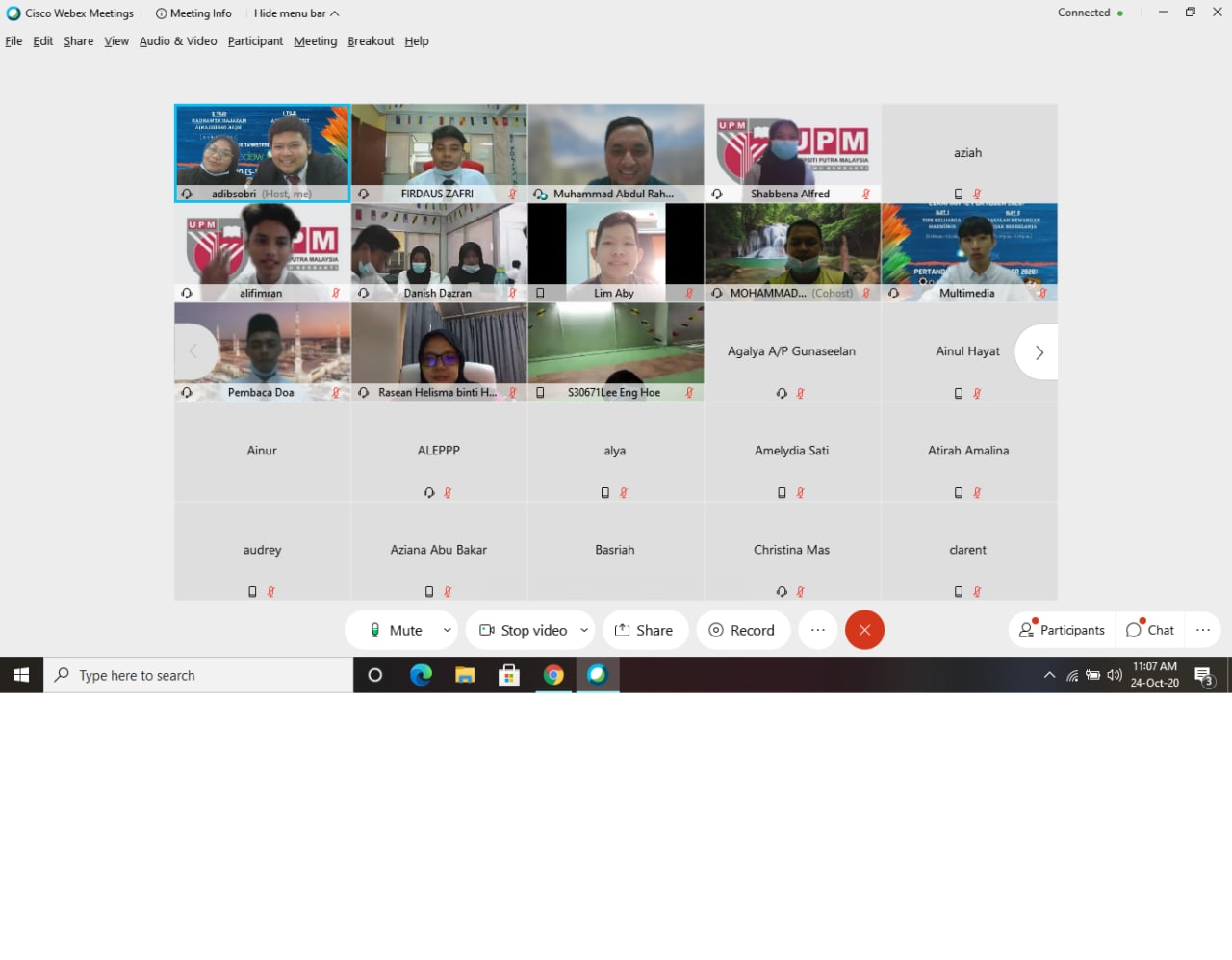 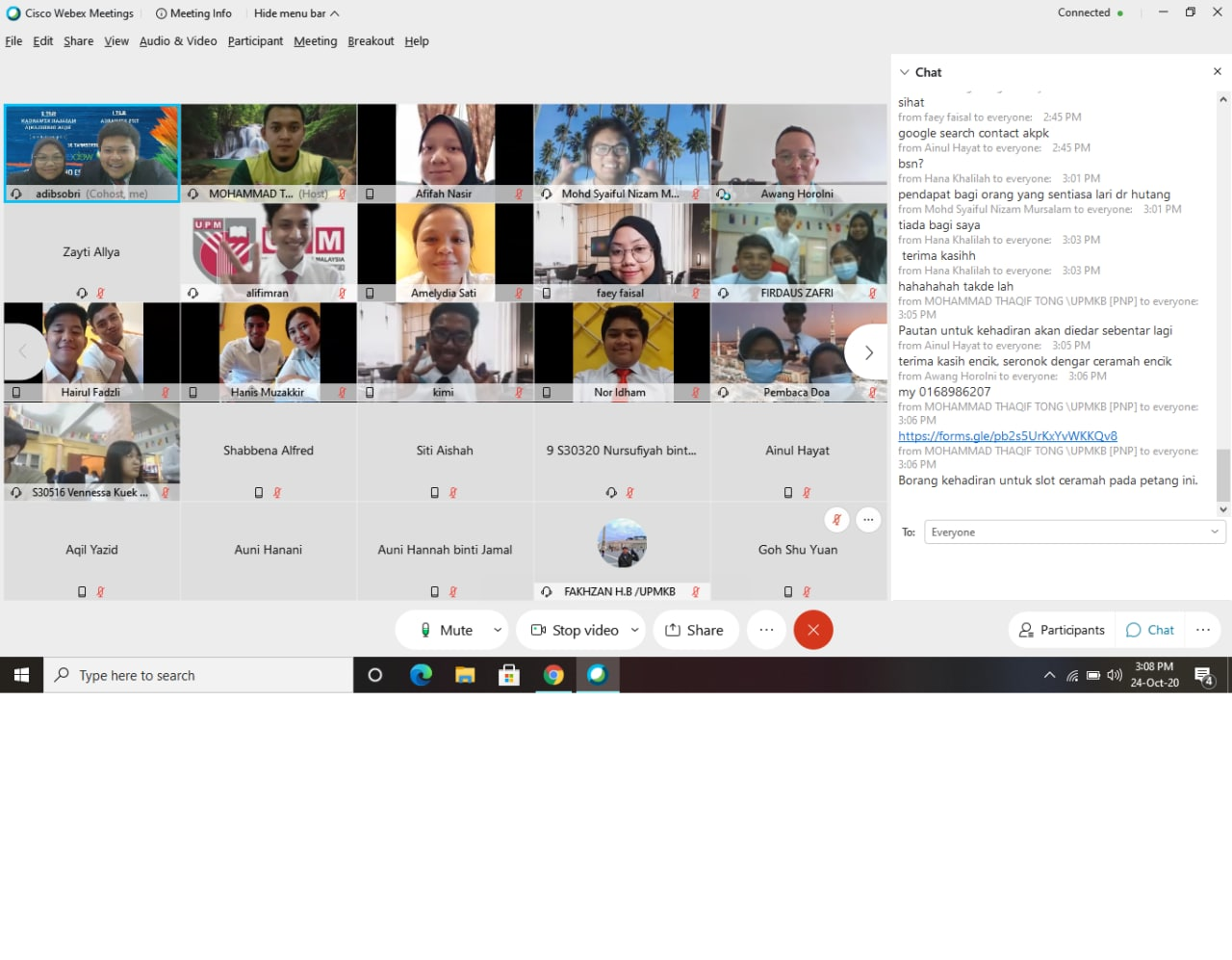 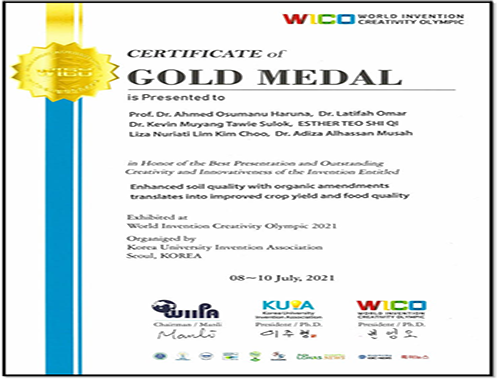 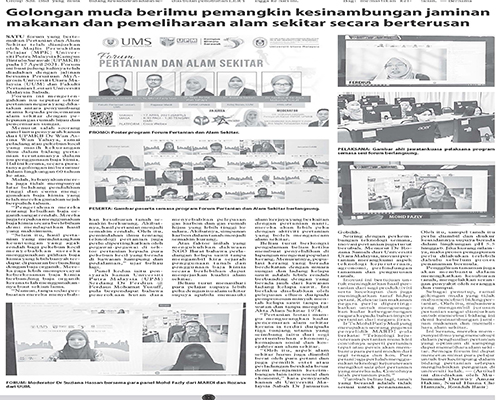 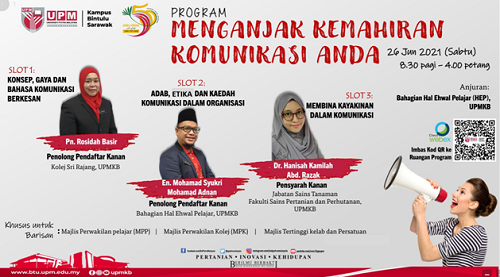