This research group focuses on investigating wild or locally grown plant that have potential for food crops or other potential such as medicinal or industrial crops. We work on the various plant research such as ethnobotanical, agronomic, biology and ecology, nutritional value and propagation study. The Piperaceae is considered a comparatively big family, conservatively estimated to contain at least 2000 or probably more species.  Members of this family occur throughout the tropics of both hemispheres.  The Piperaceae species are erect or scandent shrubs, small trees, or succulent, terrestrial or epiphytic herbs, with stems commonly more or less nodose. The most familiar or common commercial product of the Piperaceae is pepper, which is produced from the fruit of Piper nigrum L.  Other species of Piper, such as P. betle, P. methysticum, and P. cubeba, are the source of other well-known spices or masticatories.  Some species of Piper also have diverse local medicinal uses such as Piper umbellatum.   In Malaysia, this species mostly grown wild in the forest. Several common names are associated with this plant:  segumbar urat, kiambai (orang asli), kuyo (Sabah) (Malaysia) cow-foot leaf, fula-pulaar, wild pepper, pepper plants, pepper vines and ‘njaa-nja’ the local name in the area from where the present collection was obtained. Most of the researches done on P. umbellatum are mainly focused only on its medicinal value purposes. In Malaysia, P. umbellatum has not been known widely of its uses as food.  Only in certain part, local people consume its leaves either eaten raw or cooked as a leafy vegetable. Therefore, this research will be conducted to evaluate the most suitable propagation method that can be used for propagating P. umbellatum.  The nutrient status of this plant also will be documented to determine its nutrient content. Once the most suitable propagation technique of P. umbellatum has been identified, these plants are going to be introduced domestically to the people in Malaysia as a source of food and also a source of income, as this plant are also one of the agricultural products that can be sell by the farmer. This project is funded by Universiti Putra Malaysia under the Inisiatif Putra Muda – Geran Putra (Project No GP-IPM/2016/9493400). 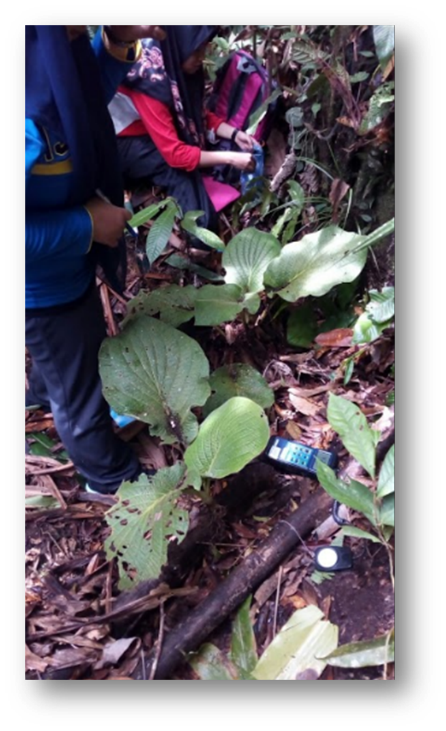